How Four Friends and I Brought a Championship Home

The DREAM TEAM were a bunch of kids from Akron, Ohio–LeBron James and his best friends–who first met on a youth basketball team of the same name when they were ten years old. United by their love of the game and their yearning for companionship, they quickly forged a bond that would carry them through thick and thin (a lot of thin) and, at last, to the brink of a national championship.

They were a motley group who faced challenges all too typical of inner-city America–LeBron James growing up without a father, Willie McGee leaving behind his parents in the drug-infested streets of West Side Chicago when he was eight to be raised by his 21-year-old brother, Romeo Travis moving close to twenty times before he was in high school.

In the summer after seventh grade, the DREAM TEAM tasted glory when they qualified for a national championship tournament in Memphis. But they lost their focus and had to go home early. From that moment on, they made a pact that they would stay with each other and do whatever it took to win a national championship.

They had no idea how difficult it would be to pursue that promise. In the years that followed, they would endure jealousy, hostility, exploitation, resentment from the black community because they went to a parochial school that was overwhelmingly white, and the consequences of their own arrogance. They would also have to wrestle with LeBron’s outsized success and the unfathomable attention it brought. But together these five boys, held together by one of the rarest coaches in high school history, became men in their dream of winning it all.

“In the Olympics, LeBron was a star, a leader, and the ultimate teammate. He helped our team become a family. Reading [LeBron’s Dream Team] taught me how he became that kind of a teammate, developing the selflessness and loyalty that define who he is. What an amazing story.” 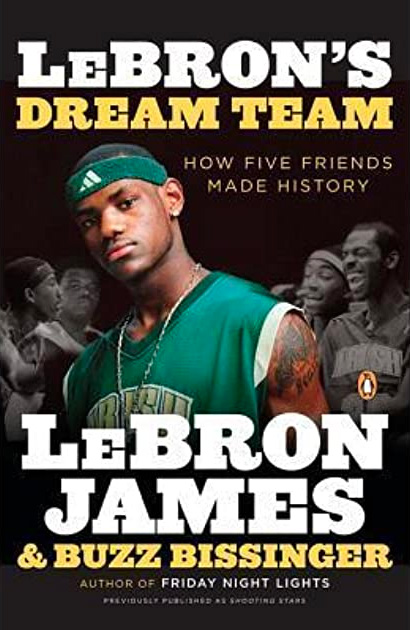